Why do people mishear? 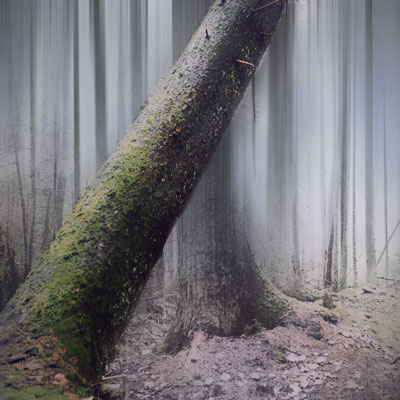 Sound only exists if someone's there to hear it. So what happens if a sound falls outside of our hearing range? Does that sound still exist?

It's something philosophers have pondered for centuries:

If a tree falls in a forest and there's no one there to hear it, does it make a sound?

Sound falling outside our hearing range

Imagine you were out walking in a park and someone blew a "silent" dog whistle. There are vibrations travelling through the air, but if the pitch of the whistle is high enough, you won't hear those vibrations as sound. Even though the vibrations exist, the sound doesn't. It is outside of your hearing range. Unless you are a dog.

This is one of the interesting qualities of sound. A sound can exist for one person or animal, but not for another.

Because if a sound falls outside your hearing range, or my hearing range, it simply ceases to exist—at least for us. We will never even know that there was even something to hear. The neighbourhood dogs can all be running amok, disturbed by the clamour, but we'll be blissfully unaware of what set them off.

You will sometimes hear people say something like that: that they hear everything. They will then describe to you everything they can hear. Perhaps it's people talking. Perhaps it's the noise of distant traffic. Or some type of bird, maybe.

What they forget is that sound is made up of different pitches and different loudness. So if a sound is at the right pitch and volume, they will hear it. If it's not, then that sound will simply cease to exist—for them.

The Human Range of Hearing

As human beings we can theoretically hear 1,400 different pitches at a single volume. That's the equivalent of taking 16 grand pianos, linking them together into one super-piano, and tuning each key to a different note.

If we were then to take a single note on that piano and adjust the volume control from a just audible sound upto an uncomfortably loud volume, we would have 280 different levels to work with.

When we put all those pitches together, and all those different levels of volume, that's almost 400,000 distinguishable tones available to the human ear.

Over the course of our lives, our hearing range changes. This is a perfectly natural process—and something almost everyone experiences, although factors such as genetics, noise and illness can increase the rate and amount of change.

It doesn't matter too much if the sounds we are missing aren't particularly useful to us – perhaps because of how infrequently we encounter or use them in real life. But what if those sounds are used by the brain to separate one voice from another, for example, when there are lots of people speaking? Or is used to tell us whether someone said [fat] or [sat] or [hat]? Or told us when there was a lorry reversing in our direction?

The problem is that we wouldn't even know it. Because those sounds would have simply ceased to exist for us. People around may be hearing them, but our reality is now different. But just because we don't hear something ourselves, doesn't mean it's not important.

Just because we don't hear something ourselves, doesn't mean it's not important.

What we ideally want to be able to do is to bring those sounds – especially the important ones – back within our hearing range. And if that's not biologically or technologically possible, we need to at least be aware of what we're missing, so we can appropriately compensate using our other senses and strategies.

It's why routine hearing checks throughout life are so important. Not just for people who think they're missing things, but for all of us–to make sure we're not missing things.

Because nobody wants their own reality to be different from everyone else's. Because that's when they begin to fade away.