When friends or family mishear 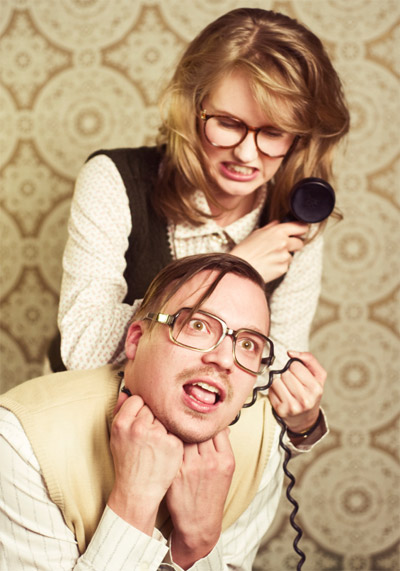 It's often impossible for someone to tell for themselves if they are mishearing. So it's very likely that you will notice before they do. How should you handle the situation?

It could be your partner, one of your parents or children, or a friend or colleague.

If you don't know how to handle the situation sensitively you could make it harder for them to seek professional advice, which can easily lead to tension in a relationship.

In this article we'll explain how best to approach the subject of mishearing sensitively and constructively.

Remember that whilst these signs are obvious to you, they will probably not be obvious to the person who is mishearing.

Whether they are partner, a family member, colleague or friend, their mishearing will affect you just as much – if not more – than it affects them. That's because they are unlikely to be aware it's happening.

What you should do

1. Don't get frustrated or angry with them.

Frustration and anger push people away. They make the other person defensive, which increases the likelihood of resistance.

2. Don't make jokes at their expense.

Not in front of them. Not behind their back. They are the same person you've always known, and they are probably not doing it on purpose. Making jokes at their expense will damage their self-esteem/self-image, and they will act to repair or maintain it – which will simply make them more resistant to your observations.

3. Don't use negative or emotive language.

Avoid using phrases like “You're losing your hearing” or “You're going deaf”. Such terminology is alarmist and outdated. They suggest that someone will end up with no hearing at all: a prospect that is not only frightening, it is normally untrue. Using such terminology will create resistance.

Remember changes in hearing are a natural part of life, just as other changes in our body are. Most of the time modern hearing technology can effectively address these changes, by maintaining the brain's access to the sounds that make up speech.

4. Help them realise for themselves

When people can't hear something, that sound simply ceases to exist for them. So the only way they'll know they're missing something is if they have a direct comparison with something that should be audible.

One way to create such opportunities for comparison is to comment on various sounds that you can hear. The softer the sounds, the better.

Often, when hearing changes, it happens gradually and only affects some types of sounds. So they may counteract with examples of sounds they can hear (such as traffic a long way off). If so, ask aloud, "I wonder whether it's certain pitches of sound that you're currently missing?".

5. Talk positively about friends or family members who are using hearing technology

There's safety in numbers, especially if the examples we have to follow are people we admire or want to be like. Don't use this an opportunity to tell them that they too should be using hearing technology. Instead you are simply providing information that will make it easier for them to make the best decision for themselves when the opportunity arises.

Get your own hearing baselined. Explain that you want to get a record of what your hearing is like now so it will be be easier to catch any future changes before someone else does. That we should get our hearing checked routinely, just like eyes and teeth. Try asking them to go with you.