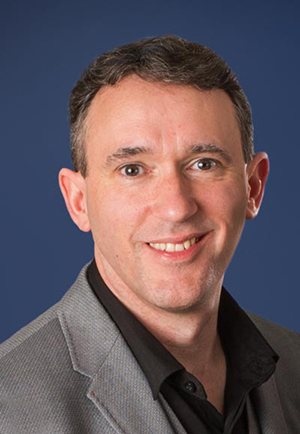 Managing Director and & Creator of Audify®

Curtis is our managing director and a fully qualified hearing healthcare professional.

He is an internationally respected keynote speaker and founder of an online think tank for hearing care.

Curtis was introduced to the hearing care profession by his father-in-law, Roger Evans, in 2001.

After qualifying with a highly sought-after distinction in both the theoretical and practical examinations, Curtis had the opportunity to gain hands-on experience under the tutelage of two very experienced hearing care professionals at what is widely recognised as the longest established hearing care practice in the United Kingdom, Broom Reid & Harris.

Being part of a practice that had itself been witness to the birth of hearing care, when the earliest hearing technology was introduced in early 1900s, and then which had actively participated in its evolution throughout the 20th century, meant that Curtis gained a unique insight into how hearing care—at its most effective—depended upon three universal qualities: the ability for the hearing care professional to regard another person's hearing as if it were their own; a thorough understanding of hearing and its interaction with technology, and creativity in solving problems.

With Broom Reid & Harris's rich heritage to build on, and its legacy of empowering people through pioneering solutions, it is perhaps not surprising that Curtis has found himself with a keen sense of the pivotal role hearing plays within people's lives, and how the hearing care profession has a responsibility to lead society in the way it looks after one of its most important senses.

Perhaps as a result of this, he finds himself playing an active role in the shaping of the hearing healthcare profession, with a vision to “create a society in which the majority respect their hearing, do all they can to keep their hearing working at its best, and confident that society will demonstrate practical understanding should a residual reduction in hearing put them at a disadvantage”. He is founder of an online think tank for hearing called Audira.info and his articles have been published in the UK and America.

Curtis has been a recurring guest on BBC Radio Devon talking about hearing and tinnitus, and is regularly invited to present at local groups throughout Devon and Cornwall. In recent years he has gained a respect as an international speaker, and has presented in Denmark, the United States, Canada and Brussels to professionals, manufacturers and Members of the European Parliament. He is a guest lecturer and external examiner on the hearing aid audiology course at Mary Hare, and in 2013 won the Ida Institute's award for best public awareness campaign. The campaign has since been used in the United States and across Europe and translated into 12 different languages.

Curtis has a particular interest in the two-way relationship that hearing has with the brain, including their shared involvement in memory, attention and perception, and it is not unusual to find him reading a textbook on neuroscience or psychology in his quest to better address the real-world challenges faced by so many people today. Whether it's a consultation dealing with tinnitus, or hearing in background noise, or helping someone adjust to a sudden change in their hearing, many of his clients find themselves enriched by his timely advice and practical guidance born out of his integrated approach.

He lives in Exeter with his wife and three children and enjoys walking, cartooning, playing the guitar and, if no one's watching, juggling.